END_OF_DOCUMENT_TOKEN_TO_BE_REPLACED

How Are Massachusetts Injury Lawyers Paid? 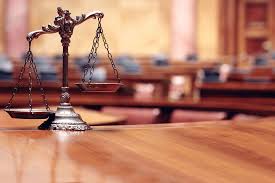 Here is how it works:

END_OF_DOCUMENT_TOKEN_TO_BE_REPLACED

Through the years I have noticed there are some common questions that most clients ask at the beginning of their car accident case. Here are some answers to these common questions, which hopefully are of assistance to you if you have been injured by the fault of someone else:

END_OF_DOCUMENT_TOKEN_TO_BE_REPLACED

If you have had this misfortune, here is some information that you need to know about.

Passengers involved in Massachusetts auto accidents face two main issues.  First, how do medical bills get paid?  Passengers who are involved in Massachusetts auto accidents will have up to $8000.00 in medical bills and lost wages paid under Personal Injury Protection (PIP) benefits.  The injured passenger would make a claim for PIP benefits under the automotive insurance policy purchased by the owner of the vehicle in which the passenger was injured.  It is important to claim PIP benefits immediately after the accident, as there is a short window to claim such benefits.

END_OF_DOCUMENT_TOKEN_TO_BE_REPLACED

If a minor is injured in an accident and has a valid personal injury claim, it is the usually the mother or father of the minor that is the one bringing the claim.  I represent minors who have been injured in accidents and when I meet with them for the first time, it is the parent or "next friend" whose name is actually listed on the contingency fee agreement, as well as any other paperwork that is signed.

Also, in Massachusetts, upon settling a personal injury claim for a minor, a prudent lawyer always seeks to obtain court approval for the settlement.  Many judges today want to be sure that the settlement proceeds that belong to the minor will not be spent by the parents.  Judges usually like to see a structured settlement or other similar vehicle that protects the minor' s money until the child reaches the age of majority.  Without such safeguard to protect the child's money, many judges will refuse to approve the settlement.

I found this over at CNN.com and wanted to share it because it makes me sick:

Put yourself in the driver's seat of this accident. You are heading down the street when a truck comes out of nowhere and slams into the right side of your car. The damage to the vehicle is obvious: dents across the passenger door.

END_OF_DOCUMENT_TOKEN_TO_BE_REPLACED

Many of my clients, at the end of their case, often tell me that they were not going to pursue their case initially.  They tell me that once they realized the insurance company did not care about them, as their medical bills soared, and their injuries just got worse, is when they decided to contact my office.

Here are a few success stories from my firm, in representing people who initially thought their case was not worth pursuing:

END_OF_DOCUMENT_TOKEN_TO_BE_REPLACED

Yes.  Statistics show that claimants who have an attorney often receive a higher settlement – even after the legal fee is deducted – than those who negotiate with an insurance company without representation.

Suppose you were injured in a small rear-ender, and the insurance company calls you soon after the accident and offers you $500.00 to settle your case.   You may think that that is not a bad offer, and since the insurance adjuster appears to have your best interest at heart, that you should probably just accept the offer.  The insurance company has you sign a release, and you forever release any and all rights you had in the case.

But, that neck pain still persists.  In fact, it has gotten worse.  You go to your doctor and he recommends some testing.  It turns out that you have a herniated disc in your neck that your doctors say was likely caused by the accident.  Because of the herniated disc, you will now have to undergo a regimen of pain management.  Eventually, the condition gets so bad that surgery may be necessary.  Your simple rear-end accident that seemed so trivial just got more serious.  You have no right to sue the driver who caused the accident because you signed that release.

END_OF_DOCUMENT_TOKEN_TO_BE_REPLACED

Minors in Massachusetts cannot initiate a lawsuit.  When a minor, for example, has an auto accident claim that requires litigation, the lawsuit is brought by the minor’s parents.  The parents, in the context of litigation, are referred to and named in the lawsuit as "next friend."  At times, a guardian must be appointed and approved by a court if the parents are not alive or do not have the capacity to act as "next friend" on behalf of the minor.

Massachusetts Lawyers Weekly, a weekly publication for lawyers on news and developments in Massachusetts law, has recently launched Exhibit A.  Exhibit A is a monthly newsletter written by lawyers and intended for non-lawyers.  It is written in a way which makes the law a little less confusing and easier to understand.  It is a FREE monthly publication you can pick up at most MBTA stations.  The newsletter covers many different legal topics which you may find useful if you have specific legal questions, or, if you are just interested in the law generally.