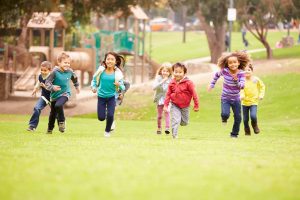 Children, just like adults, can  be involved in an unexpected personal injury accident at any given time.  No one ever wants to see a child injured in any way, and as a father I do everything possible to make sure my kids are always safe.  But there will always be careless and negligent acts which will result in injury to others.  When there is a negligently caused accident the claim process is quite similar for both minor and adult personal injury claims.  But there are some key differences.

For example if a minor is injured in an accident and has a valid claim, it is the usually the mother or father of the minor that is the one bringing the claim.  I represent minors who have been injured in accidents and when I meet with them for the first time, it is the parent or “next friend” whose name is actually listed on the contingency fee agreement, as well as any other paperwork that is signed.
The reason is that minors in Massachusetts cannot enter into agreements such as contingent fee agreements.  Therefore it is the parent that must sign the contract on behalf of the minor in order for the child to have valid legal representation.
Also, in Massachusetts, upon settling a personal injury claim for a minor, such as a car accident case, a prudent lawyer always seeks to obtain court approval for the settlement.  This is legally called a Petition for Approval of Minor Settlement.  Many judges want to be sure that the settlement proceeds that belong to the minor will not be wastefully spent by the parents.
Depending on the amount of the settlement, judges usually like to see a structured settlement or other similar vehicle that protects the minor’ s money until the child reaches age 18.  For smaller cases a simple savings account will suffice.  Without such safeguards to protect the child’s money, many judges will refuse to approve a settlement for a minor.
Contact Us
Free Consultation - Call 24/7 617-338-7400
Topics