Injured?Call Earley... Before It's Too Late.Get Help NowFor a Free Consultation

Attention Massachusetts Pedestrian Accident Victims: Here Is Information You Need So You Are Not A Victim For A 2nd Time 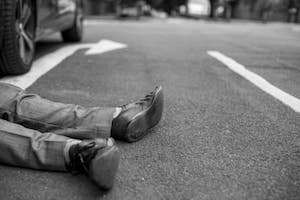 If you were struck by a car you are probably really angry, in pain, and frustrated. Due to no fault of your own, you were injured by a car that was carelessly driven. The accident should not have happened. But it did. So what are you going to do about it now? The most important thing now is to NOT make HUGE mistakes that will strip you of your lawful rights. If you are stressed out about medical bills, in pain from injuries, and generally angry that this accident happened to you, then you are in the right place for immediate help and PEACE OF MIND.

Boston pedestrian accident lawyer Christopher Earley has successfully handled many of these cases. These accidents can occur anywhere, but frequently occur at intersections, parking lots, and in or near crosswalks. It is important to know what your rights are if you were struck as a pedestrian by a motor vehicle, regardless if you were inside or outside of a crosswalk.

According to the Insurance Institute for Highway Safety, most pedestrian accidents occur in urban areas. This makes sense, especially in a congested city like Boston, where there is a high concentration of pedestrians and cars.  Further, the most common type of pedestrian accident is when a pedestrian is hit by a vehicle traveling straight. This type of accident tends to happen most frequently on roads with speed limits less than 40 mph, and about half occur at intersections.

Additionally, according to the Pedestrian and Bicycle Information Center:

A large number of Massachusetts pedestrian crashes occur in or near crosswalks. Massachusetts law requires all motor vehicle operators to slow down and use great caution when approaching a crosswalk.

Even if you were hit outside of a crosswalk, the driver may still be liable to you. These accidents that occur outside of a crosswalk typically revolve around whether or not the motor vehicle operator had sufficient time to avoid striking the pedestrian. Massachusetts pedestrians frequently have the advantage in these cases because of the legal protections afforded pedestrians against motor vehicle operators. I am a Boston pedestrian accident lawyer with significant experience with these cases.

Although there are a myriad of ways a pedestrian accident can happen, here are some common causes:

Our results over the years for injured pedestrians speak for themselves. Here are some of them:

Sign Up for Our Free Monthly Newsletter!
Practice Areas
Raving Fans
★★★★★
"I find Christopher Earley to be one of the most professional and compassionate attorneys I have ever met. After having a personal injury, what you need is expertise, experience, and especially compassion and kindness. All of these things define Christopher Earley. I highly recommend Christopher Earley and The Earley Law Group to anyone that needs a personal injury attorney!" Susan N.
★★★★★
"Great help with my case. Responses are fast and make me feel very well represented. This man is the guy to call." Hugh R.
★★★★★
"Chris helped me with an extremely difficult time in my life due to a car accident. Even after the settlement, he continued to advocate for me when I was receiving collections notices that were not valid. You can feel assured he will do a great job." Angela C.
★★★★★
"Christopher is the best lawyer who we work with, he is very polite and very professional. He responded on every email that I had questions and concerns and I got answers. Thank you once again on doing a great job. I would highly recommend Christopher." Helen L.
★★★★★
"Very professional team. They took care of us and the case, keep us informed all time about the updates in the case. We highly recommend Chris Earley and his team. They really know the value of their clients. Thanks." Claudia T.
View More
Submit a Law Firm Client Review